We supply a variety of wind generators/turbines from leading brand names. Wind turbines come in different sizes and designs to meet a range of residential and commercial needs; it is recommended that you assess your energy needs before you buy a particular wind turbine. We will gladly advise on the best solution for your application.

Wind generators/turbines – how do they work?

Most wind turbines are made up of two or three blade-like propellers called the rotor, which are attached to the top of a very tall tower. As the wind blows, the rotor spins, and the turbine begins to generate electricity. Wind needs to reach a particular speed before the propellers begin to spin – usually 4 meters per second. Wind turbines with longer blades are more effective energy generators than turbines with a narrower blade span.

Large wind turbines are computer operated and thus work in a highly sophisticated manner. As wind intensity increases, so does the output of the generator – but once wind reaches a certain speed (roughly 25 meters per second), the device applies a set of brakes that stop the propellers’ revolutions. It then moves itself out of the stream of wind, turning at a right angle to the direction of the wind. Once the wind speed decreases sufficiently, the propellers will start up again – and so the cycle continues.

Wind turbines are designed to take advantage of strong, consistent winds, and to provide energy to the electricity grid roughly 90% of the time. This makes wind turbines a highly effective source of energy, particularly in a country that is known for its prevailing winds.

Can I use a wind turbine in an urban setting?

A home wind turbine is generally not recommended if you live in a heavily populated area because tall buildings and trees interrupt wind patterns and make wind power more erratic than it has to be. However, there are a range of small wind turbines that you can fit to your roof that can reduce your energy bill and your carbon footprint. Roof top wind turbines can shave up to 10% off your energy bill.

If you don’t want to install a wind turbine on your roof, you can always opt for an elevated wind turbine that fits on top of a tower. Wind towers range between 15ft (5m) and 120ft (36m). The higher the tower the less likely it is to be affected by trees and surrounding buildings. Towers can be installed in gardens or on top of roofs for even better power generating efficiency. Residential wind turbines are best used as a supplement to conventional power, but they can be used to fully power your home provided the blades span at least 5m and that you live in an area with optimal wind conditions. Wind speed need to reach at least 16kph (10mph) to generate electricity and the more space wind turbines have to operate in the better they work.

For optimal residential use an acre of space is recommended, but if you only want to supplement your current energy use, you can easily install a wind turbine in a smaller space provided your tower is tall enough to capture wind and the noise level does not bother your neighbours.

What are the two main types of wind turbines? 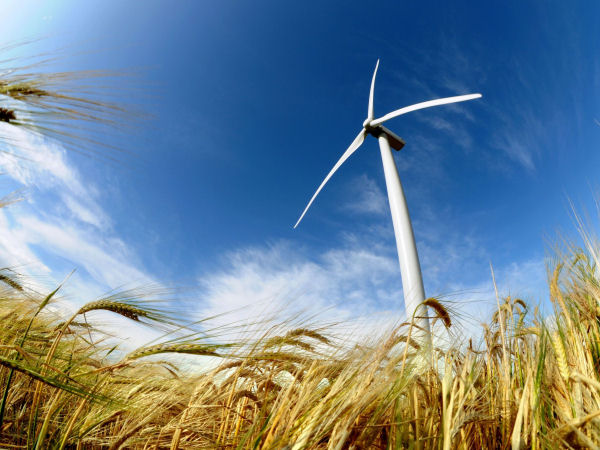 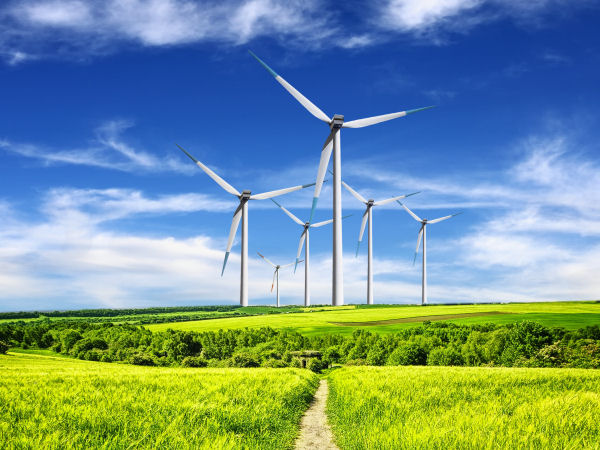